A friend of mine suggested I find people to mentor me as I startup.

I naturally decided I should go Organize A Thing. To get a rough gauge of how many maker businesses / hardware startups there are in cambridge/boston, I skimmed through kickstarter by city (both cambridge and boston).
http://www.kickstarter.com/discover/cities/cambridge-ma/funding?ref=more#p1
(sadly, you can’t sort by both “boston” and “technology”

There will be edit privileges for the next few weeks or so for that link unless something terrible starts happening. Feel free to contribute notes.

The conclusion was that somewhere upwards of 30 companies, I think within the last 5 years, have been successfully funded﻿: (see google docs for links to the kickstarter pages) (accounting for there are probably companies I missed on my skim, and for instance Twine, founded by MIT Media Lab grads, would probably be willing to be part of the network even if they are not in Boston right now).

Additionally, I was linked to this site that already does data around kickstarter when I asked whether there was a graph of OneTesla’s funding:
http://www.kicktraq.com/projects/onetesla/onetesla-a-diy-singing-tesla-coil

The meetup would be something like “share one lesson you learned” sort of lightning talk deal to create a supportive ecosystem of maker businesses.
As for whether an actual Meetup will happen… somewhere in my copious spare time… 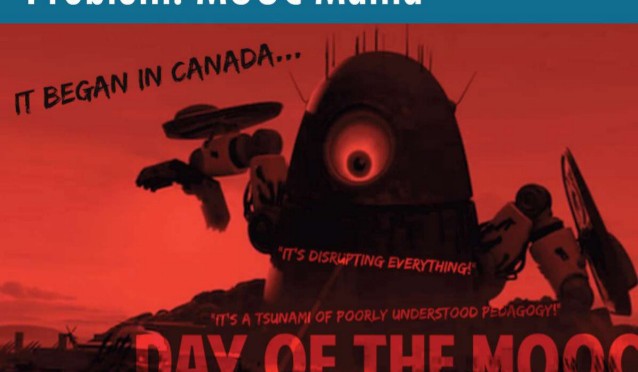 Formalizing why my idea is a valid one (a good plan before spending several months / hundreds of dollars on it).

Maker culture isn’t turning to Sand Hill funding because this experience doesn’t scale or grow at Paul Graham rates. The experience, for each child, will personal and meandering. Great mentors can guide, good materials can enable, but there’s nothing to automate.
I’ve felt the incredible rising tide of Maker-Ed over the last 10 months, but that hasn’t made my work with actual kids move any faster.
LittleBits, MakeyMakey, and other funded projects in this space have found success producing a discrete tool/play kit that a learner can continually and non-linearly poke at. If someone shows me a graduated sequence of LittleBits learning targets and an web quizzes for assessing them, I will build a banana triggered junk kicking robot just for them. –andrew carle

Hmm. This criticism is super-concerning to me, because I’ve heard a lot of similar sentiment (fully kitted / canned labs) from friends of mine (e.g. from hall alum feldmeier, founder of openmusiclabs (hackaday)) I respect.
Maybe this is true. On the other hand, I can’t count the number of people I’ve had approach me or MITERS who are interested in making things but not quite enough and seem to just need a little guidance. Similarly, for myself, I found it useful to build something cool/awesome in order to learn the skills (not just technical skills, but also skills like how to find resources online, finding the courage to ask questions, how to ask questions coherently… okay still working on that last one) I needed to go forth and build my own cool projects. For learning, there’s no shame in copying as long as you credit your sources. No need to reinvent the wheel just yet.

[edit: 3/24/13] After talking a bit with +Josh Gordonson (blog / working on olopede), I have some further thoughts:
“Just do it.” So what. So it’s not a kit that empowers people to build everything ever. So what if by its very nature the kit is rather formulaic. There is still value in exposing people to cool things and showing people they’re capable of building and understanding these things. So maybe it’s not the most innovative / experimental online learning platform out there (right now I’m planning on following the learning creative learning’s path of not writing my own platform and really on tools existing out there). And even if I fail (to make a sustainable business), I will still have accomplished something useful to other people and to myself. Better than sitting here and fretting — even if I fail, less of a waste of time to have attempted to engineer this than to constantly research.

What troubles me about many of the criticisms of Khan Academy is that they are positioned against alternatives that are relatively scarce in the real world. Are Khan’s videos essentially lectures? Sure. But they’re better lectures than many students will ever get from their classroom teachers. Are there more effective ways of teaching some students? Sure. But many students (many, many, many students worldwide) will never have access to those teaching methods at any price, never mind for free.  —Michael Feldstein

I’ve been working in a public classroom for one of my classes, and teaching is hard. More on that in later posts, but doing things like asking kids “what do you think that is” (engaging them) versus “this is what’s going on” (lecturing them) is something that takes effort. Is this something that is transferable to the online world (because currently I only have udacity-style in mind, which is basically lecture based with “finger questions,” mid-lecture questions that check understanding and you raise your finger to show your asnwer)? Does it matter if you don’t have 30 kids compelled to be there and instead are addressing self-directed learner? Not sure.

I’m learning toward KISS — keep it stupidly simple. Do a bare-minimum, replica of existing work just cobbled together, for Aug 31. Hopefully that will give me enough momentum / convince people to help me to make it seem definitive that I can do this instead of landing a job.

Also, such an excellent image from that article:

Also, today I talked to Prof. Mitch Resnick when Dale Stephens (Uncollege) came to give a talk at the media lab. More about that later too! Briefly, there were some provocative comments, such as
Also, LOL, a comic about the increasing frenzy surrounding Massive Open Online Courses:

Ugh, the Founders’ Skill Accelerator application is in this dumb form format, where you have to fill out required questions on each page before seeing the rest of the application. I put in dummy answers and then compiled all the questions the application asks as of now.

I copied it below as well, but too lazy to fix the formatting.
==

Teams should commit to work in the FSA office space for the duration of the summer (June 1-August 31), and present at the Demo Day on September 7.

How long have you known each other, and what have you worked on in the past? (Include past work done on this project, if applicable.)

Page 2
Your Project
We call each team’s work a “project” to emphasize the educational nature of the accelerator.

Proposed Milestones (aka how your team earns up to $20K!)
What do you want to achieve this summer? We will work with you to create rigorous yet achievable milestones, but we’d first like to hear from you. Where do you want your team to be by mid-September regarding customers, product, team, and finances? (list 2-5) For more explanation about milestones, including examples, please go to http://entrepreneurship.mit.edu/fsa

http://entrepreneurship.mit.edu/fsa/milestones
Page 4
Additional Questions
What inspired your team to get together and work on this project?

Who do you view as your competitors, and how do you differ from them?

Who is your target customer? (Hint: “Everyone” is not the right answer.)

Have you received any funding (including angels, family/friends, personal dollars invested, etc.)? Do you have any customers? (These two questions help us gauge your starting point, so don’t worry, there is no “wrong answer.”)

We will have a lot of applications for this program, so choosing our final teams will be tough. Why do you think you should rise to the top? What sets you apart from other teams?

==
Questions I need to ask:
Can I work out of IDC space instead (the MIT-SUTD international design center is a co-sponsor of this) of the E15 space?
Incorporation of media (e.g. video) into application?
Alternative resources (because way to hang by a thread until May 1st)?

A select number of teams (in 2012, there were 26) will be interviewed in person during the week of April 22. Of the teams interviewed, we expect to select 8 teams for FSA 2013, but the FSA organizing team has full discretion over the number of teams selected.

So… odds are not great. Stipends are nice. Stipends will feed me. Maybe I should look into trying to get no-strings attached grants from places?