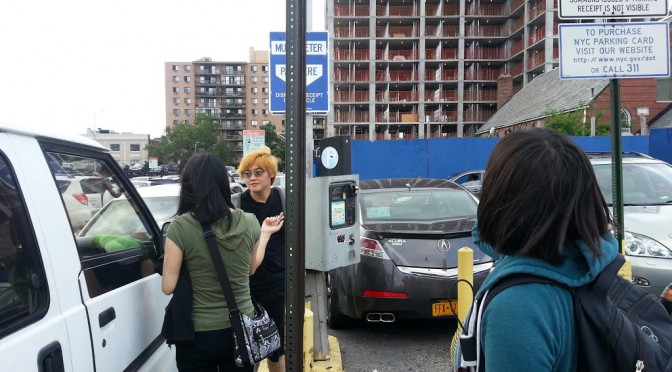 trip to nyc / visit adafruit industries / meet founder of hackaday and talk to ladyada herself!
with charles guan and cynthia lu and hanna lin

The episode is archived at
http://www.adafruit.com/blog/2013/07/14/ask-an-engineer-references-equals-zero-by-charles-guan/ and
http://www.adafruit.com/blog/2013/07/13/show-and-tell-7132013-e-ink-badges-flora-coats-laser-asteroids-twitter-api-neopixel-code-and-on-air-notifier/
Phil and Ladyada were amazingly open about everything we could ever possibly want to know. I learned that: And a final note on fail.

I wanted to draw ladyada’s face with our robot arm but sadly we were not at a stage to make a recognizable drawing and I think ladyada was just like, WTF. ;__; SORRY LADYADA one day we will draw better faces with our el cheapo 9g miniservos and then give you a portrait. we probably should have stuck to the adafruit logo or something.

That’s all for tonight folks! Getting ready to teach Intro to Robot Arms, class #2, in a few hours (for MIT HSSP. Let me know if you all have any questions.

Oh, an easy one — I don’t know how this came about. I think Charles emailed Ladyada saying he would be in NYC and wanted to visit, and he was then invited as a guest onto the show. He was going to by in NYC for a mikuvan trip including us, so we tagged along to visit adafruit industries. All quite strange and befuddling.