sooo relaxed about covid lately, still not eating indoors, but is it so different than outdoors less than 6 feet, which is always the case

did a sail to spectacle. it was pretty, but rushed T^T people and their real life schedules, wish had more of a chance to enjoy the view. I’m logically sure people had a good time but emotionally I’m certain everyone was upset lol. Also, had first (only?) powerboat incident of year, on the third docking of the day. Turns out in the dark it’s a lot harder to judge how fast you’re going!! and therefore how soon to make the final turn. I think I made the turn at roughly the same distance, but was coming in hot so it just didn’t respond in time at all. Think nothing bad happened, and my lesson there is that I need to practice docking in the evening. Undocking at spectacle was also a challenge, due to the strong waves pushing against the dock — I struggled to even move the boat forward a cleat, though I was pretty tired.

also something unavoidable with sails with large group inexperienced people — it’s actually much more difficult to communicate clearly! since you have to simultaneously explain to 3 people at once in a way they’ll understand, when something unexpected is happening, that it’s hard to communicate anything at all. I always imagine I’ll just tell everyone except one person to sit their butts down, but that’s a lot easier when you have at least one person you’ve done docking/undocking with before lol. But yea, way easier with just one inexperienced person to slowly and calmly explain what they should do differently to help out in terms that they’ll understand.

But mostly my inexperience docking in the dark.

started a 1000 piece puzzle. me to 2nd roommate: “you missed out on the puzzling yesterday!” 2nd roommate lifts up felt to look at puzzle: “Seems like I’ll have plenty more chances to puzzle”. UNEXPECTED HONESTY haha.

what else, made mango lassi. hadn’t made in a while.

and it’s fall now. apple picking? maybe i’ll look some hiking place up, excuse to drive somewhere, look at the view with the leaves.

went to yoga, have only been maybe 4x nearly 10 years ago or something. (PE class)

thought we got 3d printer working. not actually (can’t print my yoyo for the persistence vision of yoyo project!), but did manage to print this cleat. I’ll make an board for sailing and practicing knots over the winter (I’m sooo bad at knots)

just contemplative lately. being grateful for all the opportunities i have and trying not to focus on how other things could have been. two cool collaborations right now, one even paid, (the other I should take advantage of a lot more!), learned some theory (at least I know what “that large U” aka union is lmao I remember trying to search that my first semester T^T), have some big nameish things on my resume, have friends who send contract work my way (?! really grateful, having income is great lol), in good physical/mental health overall, lovely roommates (we’re starting on a robot arm project together!)

just frustrated about ethics — because my work is practical, so the potential real world impacts are clear. the way to avoid any ethical discussions is to make my work useless (in real life). but that’s a disservice to all the organizations that have worked with me and helped provide me with data.

just the feeling that if this had been years earlier I would have the energy to carry all this forward. but feeling like i have other priorities now. too many priorities

here is a random brain dump

feel old and in my circle weird to be old and not on the path to xyz life milestone. eg reading about housing market. (i guess i am taking for granted my path toward getting a phd).

meanwhile also reading about afghanistan. it just has this real vibe of how changing political winds in a country halfway around the world (the US) can have such an outsized effect. what morale, to have people who fought alongside you for so many years just focused on leaving the country. but i know nothing of the situation… just puts a reminder on how fragile peace is. i take it for granted, but is it really? just thinking about this world where i live in a country at the top

close the tab. the world keeps existing even if i do. should i pay attention? or keep grinding toward some local sense. i guess that my tax dollars go toward ground force in other countries…

and covid is also resurgent. i guess that i could see it coming pretty easily, given how the delta variant hit other countries, and that our low numbers were coming during the summer as well. miss clubbing. (at what age does it become weird for me to go clubbing? hm)

feeling moderate amounts of stress. running through interviews with a company has improved my mood. witnessed multiple people get full-time jobs in the time i’ve talked to one company about an internship. i got used to (xyz large company) taking 1-2 months just to get back with a form letter email. didn’t realize startups could move so much faster. (and large companies still). 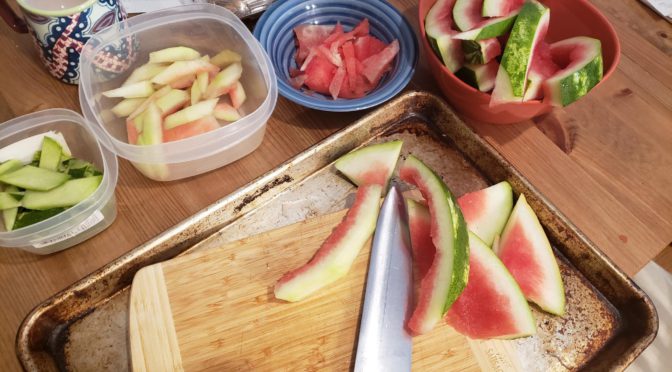 It is universally applicable :-):

Heat oil
Stir fry
Add salt
Stir fry
After the (vegetable) juices are almost out, cover it and simmer
When it’s soft, add soy sauce, cover and simmer again
Out of pot

Well, it is cooked using the universal recipe just mentioned.

Will upload picture of final product later today (it’s a bit darker with the soy sauce added, if you’re cooking by color)