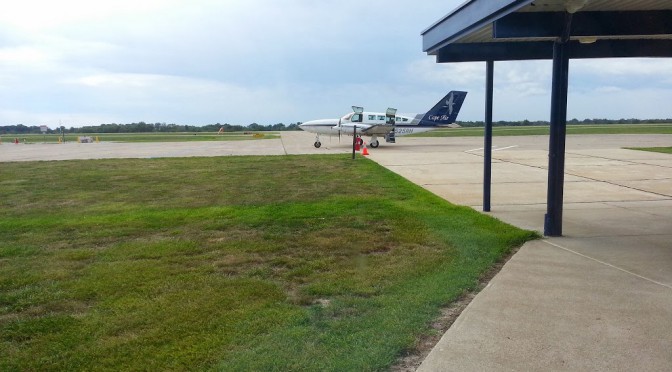 This is a blog post about me as much as it is about Sandhill. You have been forewarned. This blog has been and will always be foremost a notepad for myself.

I visited this place briefly, but have yet to blog about it for various reasons. For one thing, over this year I have learned that people have sensitivities to things that I wouldn’t think of imagining, let along being able to anticipate, and so I have erred on the safe side of not doing anything. As Nick knows the current people at Sandhill much better than I do, I can now assume they are fine with blog posts about Sandhill.

I visited Sandhill for the course of about 5 days toward the end of summer.

In planning this, there was some drama related to taking time off from the frenetic pace of the accelerator program for my startup that my cofounders and I were in, as the accelerator was providing us with significant seed capital that was tied to milestones we had to accomplish. More drama cropped up with gender-specific issues that I am still not sure what the right side is. It seems that paranoia about female safety is tied into cultural norms world-wide, directly leading to gender-based restrictions that are not so tied to reality. (When the worst happens, we are not trash because of it. Life moves on). But I feel like as I grow emotionally and accumulate life experiences I understand more and more the source of my parents’ reactions: Simply, that they love me.

This was a so-so time for me. I thought I would be extremely excited and energetic because I enjoy new life experiences and strange environments, but I was still prone to naps instead of exploring the place madly alive and vibrating with enthusiasm. I cannot explain this except perhaps as the normal ups and downs of life. Don’t get me wrong — I greatly enjoyed the trip. But I do wish I was in a better mood during it.

It’s a good thing I feel less upset about not optimizing life, nowadays; instead tending towards taking life as it comes. I feel more and more justified in this as we attract paying students and supporters and some level of externally-defined “success,” even though we pull closer to 40 hours than 100 hours a week, and even though we have have not tried to figure out how to get acquired for a gazillion dollars and are instead following our heart. Even if, as we executed this, some days I slept 14 hours a day and wasn’t very productive and just let myself be instead of being stressed about trying to fix myself, we were still able to accomplish things over time. Not optimally, but that’s okay. Life isn’t an optimization problem. And things seem to have worked out okay so far, based on our kickstarter, for what it’s worth.

Anyway, back to the summer.

I went in by a different route courtesy of flight benefits from my parents — a flight from BOS to DTW (Detroit) to STL (St. Louis, MO) and then I bought a ticket from STL to IRK (Kirksville, MO) followed by around an hour’s drive to Sandhill itself. The plane was so tiny! They weighed all the luggage and balanced where the luggage was stowed. I still managed to nap on the plane, after I convinced myself that they flew hundreds of these flights a year so probably everything would be fine.

To be honest, I was pretty apprehensive about the visit. These are people who have strong cultural desires they’ve shifted their entire life to pursue. Would they find my morals lacking, that I would be one of those Visitors who came in and added to their workload (shepherding me around) thoughtlessly? ahhh AM I BURDEN TO SOCIETY?

Turns out they were pretty normal people (as is usually the case) who didn’t mind much how other people lived their lives. Well, they did have higher expectations for the people living with them. There was a strong anti-cellphone-in-public-spaces sentiment, although they definitely thought it reasonable to have a cellphone off the farm. (Having a strong opinion or preference, I keep having to remind myself, does not mean being close-minded. The willingness to change (being open-minded) is not directly proportional to how strongly you feel about something (being passionate)). College-educated, relatively well-off, lived in the city and got fed up with it describes one person I talked to. They do think about diversity of people at the farm, even though I never felt overly out-of-place.

Okay, maybe a tad bit when I went to the Dog ‘n Gun giant swapfest of everything ever where there were hundreds of white people and… more white people. o___o hah. The market was so large that many people rode around slowly on gas-engine ATVs (all-terrain vehicles). I went in never having spent an extended period of time in the Midwest before, or really in a rural area (well, there was rural Mexico for three weeks, but that was during the winter). I was quite curious, as I grew up in the suburbs and always wanted to live in the city. Why would anyone want to move out to a rural area? You only ever see 10 people? Wouldn’t you get bored of each other really fast?

At the end, they asked me what I would tell people about my visit. I didn’t have much to say at the time at the time. Things I should have said: appreciate an entirely different way of living, understand what day-to-day living is like on a small farm, meet some really nice people, eat some delicious home cooking, understand why people would want to live in a rural area. Understand what a sense of community can mean.

It was very interesting going from being able to expect to talk to the same people every day to a few weeks later moving to a new apartment and living with strangers, where I could not talk or chat to a soul for a week if I wanted to.

Things that caught me off guard: not having an infinite supply of eggs at the nearest grocery store and instead being limited to however many eggs the chickens laid. This also meant everyone was pretty excited about plain chocolate. Lack of a microwave. How obvious farm-work clothes were when I was picked up from the airport. Playing grooveshark in the kitchen, that upset some models of mine about this world. The true vastness of the fields of corn and soy outside Sandhill. Skinny-dipping was the norm as was peeing outside, which made sense in a sparsely populated place.

How much more comfortable it was than I expected. Over the decades, people had put in a lot of work to make the place work very smoothly. There was running water and gas, a clean composting toilet, indoor shower, electricity, internet. There was a walk-in fridge and freezer. Okay, so maybe I started off thinking I’d be staying in a tent ^^Oh! There were so few mosquitoes too. There’s far more mosquitoes in my backyard in GA than in the fields there.

As a guest I wasn’t really involved in chore-work, but I did give it a shot. My sleep schedule followed the sun much more closely than at home in my apartment. I helped: thin beets, hoe in a row, mulch it, pick green beans, squish stinkbugs (all things I was new to and thus terrible at), and weed. Attempt to add a safety cover to a shaft (ah! giant gears nearly my height! wish I had a picture of that), watch the foundation for a new portion of the house be laid, attempt to help with cooking, apply grease to a tractor.

Ah~ bug squishing was the worst. I’m still a bit squeamish about killing things with my bare hands. And so creeeppyy when you turn over a leaf and there’s 20 of the same bug on the underside. It’s actually worse than the surprise from getting a kickstarter update that turns out to be someone retracting a pledge! Ahhh so creepy. And if you’re not quick about slaughtering them all they drop to the ground and scurry away. AND THEN YOU’RE JUST A FAILURE. Do you see those yellow squash leaves? They are staring at YOU reproachfully.

There was also a five-year-old who ran around and climbed on everything and had giant cuts from a general fearlessness about the world and generally seemed to be having a lot of fun. He asked me why I wanted to nap all the time. If only I knew…

In the end, I came away with an appreciation for choosing small farm life. It no longer seemed puzzling, something strangers did for incomprehensible reasons. There was community, there was hard but satisfying work, there were always more things to learn about the people living and working with you and to understand their opinions, there were things to fix and improve and new people to meet in neighbouring communities and infinite things to learn about agriculture.

Guh this has become a really disorganized rambling post. It contains most of the thoughts floating around my head, and I have no desire to organize it. ah well.

I wish I could relay the atmosphere of the place, but it’s impossible for me to even remember it well in the technobliss of my city life.

–>time to release this post. Go back and edit it into something sensible some other day…Oh yea! Thanks a bunch to Nick for helping organize this and all the folks at Sandhill who hosted me and the people of Dancing Rabbit for having rideshares I could participate in.