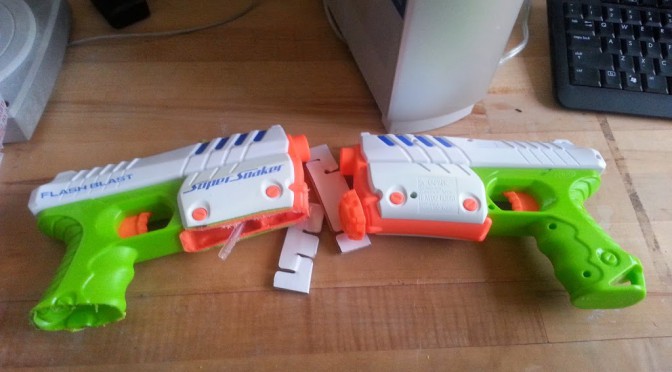 things happened over the last month. i guess that’s the way of life. can’t stay constant.

i’ll start with rapid prototyping and cosplay. sadly, no 6-axis knitting robot arms were involved in this, nor lasercut lace.

for me, it was also my first real adventures into sewing, minus my rather sad attempts at vermiculture bags. sorry long dead worms 🙁

sewing is hard. i guess most first things are hard. but that’s a tale for another, longer post.

so three weeks or so before anime boston, brian chan convened a meeting on latches in cosplay. he had also kindly invited a few of us to invade his annual rapid prototyping and cosplay panel. i thought, since i’m probably not going to be in town next anime boston, i may as well do a cosplay. cynthia (man i’m just surrounded by awesome people, do read their blogs) suggested lie ren, a character in rwby. several of my friends were going as characters in rwby.

i… i still have yet to watch any episode containing him that i remember. i barely know anything about rwby. oh well. for me, the primary interest is in making things.

anyway, he has these gun/blade hybrid things. they’re supposed to fold up in his sleeves and emit green dust or something.

i pushed off the rapid prototyping / weapons part to the last-minute, since i was pretty confident i could come up with a solution that would work in time. especially since there’s been prior art on the internet: $100+ ones you can buy that model the art pretty closely, and then ones that looked like water guns with cloth wrapped around it. the sewing i gave myself all three weeks to work on, since i knew i would consistently underestimate how much time it took no matter what.

so the week before or so, i bought some water guns, you know, just in case the sewing took so long i wouldn’t be able to rapid-proto some (non-function, mock, cosplay) guns and only had time to work on the blades.

uhm the friday of the con i decided i should probably start on the weapons, since i was supposed to help out with a panel on saturday. putting the rapid back in rapid prototyping…

1) bandsaw, ‘cos i need to attach extended magazines or some non-sense 2) ponder how to create “sanded edges” to thin it down more towards a point at the end. opt in the end to skip it entirely and just do the easiest thing possible some blatant tracing from some screenshot i found later, plus scaling based on getting the magazine to roughly fit into the existing grip, and exporting to pdf because stupid coreldraw hates inkscape SVG files and almost everything inkscape exports for whatever reason. ugh coreldraw. i should sink some time into switching over to inkscape on the lasercutter. some of them are flipped. this is because the mdf is rough on one side and shiny on the other, and i want both outsides be shiny. at this point it’s 9 AM, so then I lasercut some stencils out of cardboard (next post) and head off to work.

at 10 pm i come back to working on this, even though i want to continue sewing, mostly because i’ve learned that actually spraypaint takes 24 hours to dry, not the one hour i was imagining. which means i better finish this part, paint it, and set it drying ASAP.

3) now how to attach my lasercut pieces to the off-the-shelf pieces.

After some pondering i settle on 5-minute epoxy. and some “press-fits” or close-fits, just to give it lots of area to adhere to. a few iterations later i was satisfied.

the blades were tricky to epoxy because they were heavy and long and not possible to clamp down. i was actually worried about weight and carrying it all day, but it turned out to not too heavy at all.

but mostly, it just required patience. which i had a lot of by that time because i was pretty sleep-deprived and mellow. here they are, propped up on some power supplies to keep blade from falling over. i epoxied them two or three times: once to tack them down, wait fifteen minutes, then gingerly all around them and set it back on the power supply to cure, and then a third time to fill in any gaps i missed. the epoxy has got a pretty noticeably different finish than the wood, which i worry about a bit. but turns out it all doesn’t matter, no one notices the fine details when you are cosplaying, because you are a large human and a vague resemblance is fine. two layers of spraypaint (one to cover most of it, and then the second to cover the back, which i picked last because the paint would still be tacky and would come off on my hand during the con, but it’d be facing me and no one would notice) and i’m done. actually, one thing i learned: spraypaint doesn’t like to stick to plastic, so you should rough up the plastic beforehand.

i didn’t do that, or any of the hand-paint detailing, or anything at all. but it was still fine and great.

and i am never ever doing that much sewing again.