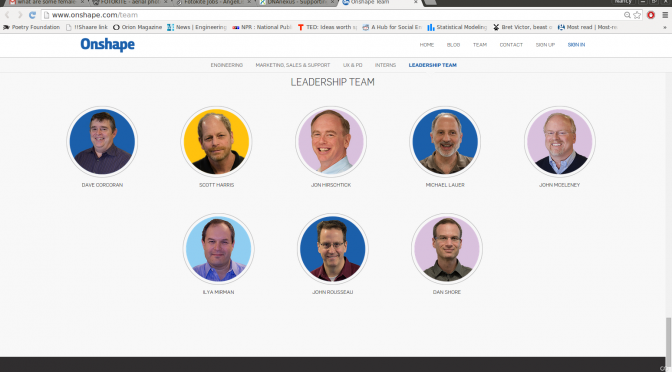 Lately it’s the “startup thing” to put pictures of your team up on your website. Now, I don’t speak for all female engineers, but as a female engineer who’s kind of sensitive about these things, fairly or not, it’s an immediate turnoff to see pictures like this Sure, you all could be a bunch of egalitarian feminist dudes, and if I just go work for companies with a lot of females already I’m exacerbating the problem in some ways, but really, just kind of a turn-off.

If you at all care about getting a more diverse team, here’s two simple solutions:

1) Just don’t post pictures of your all white-male founders / leadership / engineering team. No pictures are better, then I can’t form preconceptions (yes, I recognize the irony here) about your team. Also, the more people you have, the more I’ll look specifically for females in engineering leadership positions. Mixing in your female HR / support department does not help you.

2) Or, just put a simple statement to the effect that you’re aware that your team is very white and male and that you’re working on it.

That’s enough to let me know that you care, which is a big deal to me. Working in a place where no one cares about feminism or feminism is an awkward topic would make me bitter and unhappy (and I’d leave) within months. You’ll have to word your statement to overcome people’s jadedness (“yea, right, that’s probably just their HR talking.”) and show that your statement reflects your company culture.

Oh! Ladies, one thing I’ve discovered is that older guys are pretty alright. Something about marrying and having a family… My current co-workers are almost all older white males, but it’s in some ways a lot more comfortable than hanging out at MITERS, because feminism isn’t a dirty word or somehow less important than the latest in kilowatt lasers.

Today, I am a 41-year-old father and husband whose feelings on this issue have changed. I have come a long way since being a single, 26-year-old state senator, and I am not afraid to say that my position has evolved as my experiences have broadened, deepened and become more personal.

p.s. This also goes for conferences… I’m looking at you, NERC.