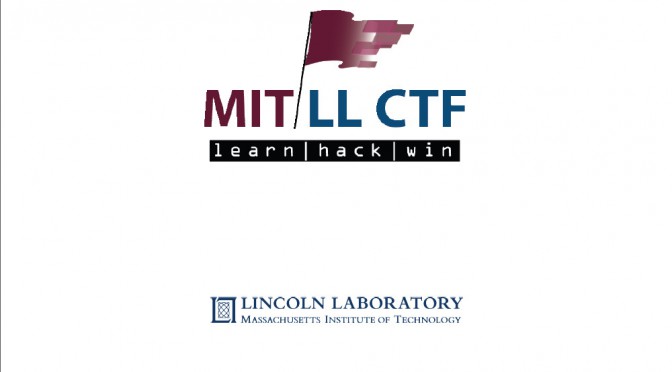 Whoa!
I have disappeared for a long time.
I hope to fix that by issuing… a series of short low quality posts! Or something.

“In this version of a “Cyber” Capture The Flag competition, you will work in teams of three to both to defend your system and attack those of others. The target system is a Content Management System (CMS) Web Application with a plug-in architecture. New functionality will be introduced during the competition via plug-ins, so be prepared to adapt to novel situations quickly.”

I’m in this with two hallmates, Pranjal and Cathy, and two dormmates. We’re not super-serious about it, but I am excited!

Back in the day before — actually who am I kidding, I’m still this way — I thought that computer security was reserved for really cool people. Going into this, I have no idea what’s going on, which means anything I do I’ll learn a lot from (even if I don’t contribute anything to the actual competition). Yay! (yes, this is my “well i’m not taking any CS classes, how will i feel good about my minimal progress in becoming an engineer if I don’t try to pursue multiple topics, also everything is fascinating” syndrome kicking in).

Unfortunately, the lectures are all during 2.009 lab meetings, but they put the slides up (whoops, j/k, they took them down as of 10/25/12). But for me, while I’m learning a lot, I still have zero idea of how to actually do anything. That is, actual practice.

One way, I learned, is to check out previous Capture the Flag competitions. In particular Pranjal mentioned the Stripe one. There’s actually detailed walkthroughs for it, so I’ll be checking those out.

Oh yes, I should rant about that sometime. The whole attitude that: you’re completely lost but you should still try to do the lab because that’s how you’re supposed to learn things according to years of … tradition. Maybe that’s not the way I want to learn, maybe I want to not get frustrated and lost and not learn anything and have zero confidence in myself . Maybe I want to rush through things and then when I want to, on my own time, I’ll go back and learn things in depth for reals and prove to myself that I do have critical thinking skills. -___-; For instance, I don’t feel like I learned 2.007 in depth, but now I want to actually be a good UA, I’m going back and reviewing the material in preparation for next semester (and just to actually learn engineering / estimation instead of putting s* together and hoping it works). (although I have zero regrets about doing the PSTaHIW method first, since it’s given me the confidence / continued interest in building things that keeps me going and and gives me the confidence to go back and read up on all the engineering).

Additionally, I am tired of whining about myself on my blog. I do that enough in my own head. So f* hardcore engineering, I’ll place faith that I’m on the road somewhere and have fun in the meantime.

(Side note: I wonder if I built a caffeine pill vending machine, would I earn money on any reasonable sort of time scale? Dispensing pills would be an interesting problem to solve, even if some days I hate trying to replicate work which has already been done infinity times by the invisible engineers of the past/present).

I’ve decided to neglect nouyang.blogspot.com. The original idea was to have a blog that was presentable for job-like things, then I wanted to separate project and personal posts, and now I’m just going to try to blog, because I always find it worthwhile. Even now, I’m trying to dig up some of the files I made for MAS.863 How to Make Almost Anything, where I made a terrible site (required) and never put any of my files up, and I’m just sad. Sad. As in, there are five operating systems,  four computers, and a few USB sticks (some of which are no doubt lost), random emails in gmail, two dropbox accounts, and who the f* knows searchspace between me and my files. Sad. @___@

One thought on “General Update / Capture the Flag Competition”