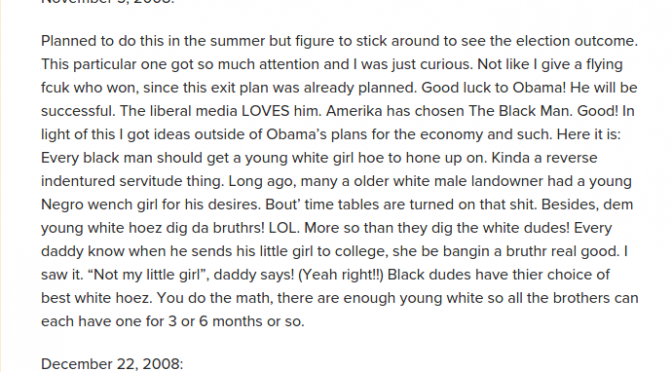 To the men in my life:
Can we have a conversation about the toxic masculinity of mass shooters in the United States, and about what role you, personally, want to play in challenging the harmful side of masculine gender roles?

Can you all make it a point to talk to each other about your feelings?

Can you all make it a point to talk to each other about your relationships (how your dates are going, how you’re going about it)?

Can you all make it a point to talk about being good role models, both privately (1 on 1), semi-privately (hanging out with other guys), and publicly (online by writing and talking [3], offline by giving talks and holding discussions), for other men?

To all:
Instead of talking about how mass shooters are crazy and we should improve mental health care (which should be f***g’ obvious), let’s also talk about how so many of them had a history of domestic violence in their life, how many frequented virulently misogynistic websites long before they got around to shooting people up.

Let’s talk about how the UCLA shooter, who shot his estranged wife before driving to UCLA (3 dead):

Let’s talk about how normal he was. in his note he asked for the police to feed his cat and gave his address. When the police went to his house, they also found a kill list with Hasti’s name on it.

“Hasti’s body was found dead at 1:25 a.m. Thursday, according to the Hennepin County Medical Examiner’s Office. She had multiple gunshot wounds.”

Let’s talk about the Colorado Planned Parenthood shooter and how, according to his ex-wife when filing for divorce (3 dead),
“He’d … suddenly explode in anger at home, kicking her and pulling her hair.” [1]

Let’s talk about how the Orlando shooter beat his wife, years before shooting up 100+ people at a gay nightclub’s Latin Night during Pride Mont (49 dead):
“He beat me. He would just come home and start beating me up because the laundry wasn’t finished or something like that.” [2]

Let’s talk about the UC Santa Barbara shooter (6 dead):
“I’m 22 years old and I’m still a virgin … I don’t know why you girls aren’t attracted to me, but I will punish you all for it. … I don’t know what you don’t see in me. I’m the perfect guy and yet you throw yourselves at these obnoxious men instead of me, the supreme gentleman.”

Let’s talk about the , a 48-year-old systems analyst (4 dead):
“Why do this?? To young girls? Just read below. … Result is I am learning basics by trial and error in my 40s, followed by discuragement. Too embarassed to tell anyone this, at almost 50 one is expected to just know these things. … I was reading several posts on different forums and it seems many teenage girls have sex frequently. One 16 year old does it usually three times a day with her boyfriend. So, err, after a month of that, this little hoe has had more sex than ME in my LIFE, and I am 48.” Let’s talk about how “women are 11 times more likely to be murdered with guns in the U.S. than in other developed countries.”

Let’s talk about how, “despite impressions from media coverage, mass shootings in which at least four people were murdered with a gun are also typically acts of domestic or family violence:
an Everytown analysis of every mass shooting between 2009-15 found that 57 percent were committed by intimate partners or family.”

Let’s talk about how 90%+ of mass murderers are men.

And let’s address it, one conversation at a time, in real life.

Talk to the men in your life, and expect more of them.

====
[1] And finally, finally, can we talk about how popular Trump is, despite (or because) he sounds eerily similar to the above men:
” After a painful scalp reduction surgery to remove a bald spot, … Donald held back Ivana’s arms and began to pull out fistfuls of hair from her scalp, as if to mirror the pain he felt from his own operation. He tore off her clothes and unzipped his pants.”