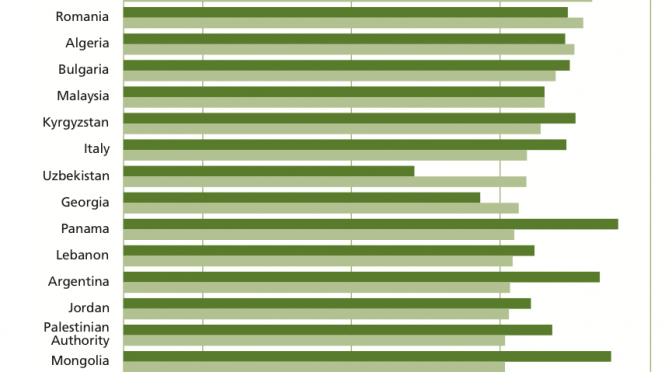 Continuing the spate of blog posts, I’d like to write down my take on feminism, engineering, and the gender gap.

My overall thesis is that we should 1) stop looking solely within the U.S. and 2) do more active experiments instead of passive surveys to improve the current state of affairs, because rapid change is possible.

Let’s start out with some surprising statistics from “What Gender is Science” (as a nicely laid-out pdf here) (I highly recommend read the entire article if any of the following statistics intrigue you):

in Indonesia, where 48 percent of engineering graduates are female (compared to a 49 percent share of all Indonesian college and university graduates). …
While American computer scientists are depicted as male hackers and geeks, computer science in Malaysia is deemed well-suited for women because it’s seen as theoretical (not physical) and it takes place almost exclusively in offices (thought to be woman-friendly spaces).

Of particular note, in several countries women earn the majority of science degrees! Tell that to anyone that tells you that the low percentage of STEM women in the U.S. indicates women are inferior at STEM.

One theory is that in developing countries, income matters more and there are fewer career choices, therefore women are drawn to engineering.

Next, note these historical graphs of women in computer science. Here’s one about the dismal state of affairs in CS:

Note in particular that in the 1970s in a single year there was a 4% increase in percentage of CS degrees awarded to women — rapid change is possible. But in CS in particular, the percentage of women in CS has steadily declined for the last three decades.

If you want to be enraged (or if you care about these issues at all), please listen to this riveting and passionate 8 minute talk which features the fact that in 1987 42% of programmers were women  [1] (or see first graph in picture above) and also features a bunch of really NOT classy ads.

Fun note, that is actually a page from the Cosompolitan Magazine! Oh how times have changed.

That article is recommended reading too.

Computer science has always been a male-dominated field, right?

My main takeaway:
(A) Rapid change is possible.

(B) We should pay more attention to cross-cultural studies to understand what other countries / cultures have that the U.S. does not and attempt to replicate it in the U.S.). Many studies are focused solely on the U.S. or other developed countries (at least the ones covered in the SWE literature review I’ll talk about in a second), which seems shortsighted to me, although I can understand the reasoning (scientific rigor). Caveat: We have to be very careful that we don’t just draw broad conclusions (e.g. “Muslim culture encourages gender equality in math/science scores,” an analysis against here).

(C) It’s a shame that facts like the existence of countries with some measures of gender parity are not covered in engineering school — they’ll be covered in NarwhalEdu‘s intro to engineering course for sure. I’m going to make my own happy bubble on the internet free of some of the indignant ignorance you can find online.

My reading of the Society for Women in Engineering’s Annual Literature Reviews 2011 and 2012 went along the lines of “look at all these contradictory studies we’re not really sure about anything.” I still highly recommend reading them, though, for upbeat attitudes like this:

These women (33 female Greek engineer-managers) also talked about their efforts to find ways to show why it’s actually _good_ to be a female engineer, how being female makes you a better engineer.

I highly recommend reading them.

My complaint with all this studying is that much of it is so passive. Let’s send out these surveys and try to interpret the results. Oh oops guess what it’s really hard to interpret these results and these other people in this other part of the country get contradictory results. Maybe we should split the results by sex orientation or race or different categories of engineering or, wait everything is more complicated than we think.

Time’s a-wasting, friends. ^^ Let’s go out and try things in the world, and reserve analysis for plotting how we can radically change the status of affairs. That’s the plan, see you folks in two decades.

What follows is a small selection of the articles I have been reading as well as the sole footnote.

For those craving some wikipedia, here are relevant articles (I have not read them all yet):

If you search from “feminine engineer”, the following blog posts pop up. I have excerpted a paragraph from each to entice you to click through and actually read them.

The Triplet State: Feminine, Female, and an Engineer

It’s almost as if society views being feminine, female, and an engineer as a forbidden quantum triplet state.  Even though quantum mechanics claims that a triplet state is impossible, it occurs.  In life there are always people to prove our preconceived notions wrong.  So maybe I am some sort of living dichotomy, a natural Frankenstein, of abstract-minded romantic and a systematic logician.  I am a Barbie-blonde cookie-cutter creation of femininity and a rebel fighting to fit in a male-dominant world.  So if I could chose two words to stereotype myself, I would chose female engineer.

Must a woman tone down her feminine side?

My 16 year old daughter adores math and engineering, and wants to be either a nuclear engineer, or a civil engineer. However, she is also a very, very girly girl who loves high heels, glitter, wearing pink, party dresses, and, well, just think Engineer Barbie, or Legally Blonde. She has been told that she will need to tone it down (a lot) if she plans to be taken seriously in engineering.

On the subject of femininity, Star and I somehow got on the subject of shaving. As it turns out, neither of us shaves albeit for different reasons. To paraphrase Star, “it seems like a waste of time. Instead of shaving, I could be doing engineering – that’s what all of the guys are doing”

… “A focus group of male engineering students told us that women in engineering were ‘nerdettes’ who are plain or ugly, despite visual evidence to the contrary [my emphasis]. Senior women engineers increasingly tried to look inconspicuous in order to avoid hostile or situationally-inappropriate attention from faculty and peers, or to avoid common accusations from faculty that they were flirting.  (National Academy of Engineering, 2006).

… Or is the influx of women engineers changing engineering? It seems like everything is pointing towards women being changed by engineering but I so badly want it to be the other way around.

Why Being a Female Engineer is Awesome (Part 1)
(There is no part 2).

It’s actually kind of uncomfortable sometimes how much people love that I’m an engineer. One woman I met monolouged for a good 10 minutes about how she admired me for breaking down boundaries and making a difference.

… Even less drunk people have the same reaction. I met a well respected author at a swanky awards ceremony once, and when she heard what my job was she said that engineering was “basically magic”  to her. Unfortunately it wasn’t J. K. Rowling,  because that quote would have been extra awesome. But as it stands, I’m pretty sure only engineers and magicians can claim that people think they have some super human powers. I mean,  just look at Iron Man.

True Child | Femininity & Science, Technology, Engineering, Math
A collection of some interesting research papers on this topic (complete with abstracts).

http://techcrunch.com/2013/10/10/how-harvey-mudd-transformed-its-computer-science-program-and-nearly-closed-its-gender-gap/
Dr. Maria Klawe is the lady who has achieved near-gender parity in Harvey Mudd’s CS program since becoming president in 2006 (less than a decade ago!).

Why female H.S. not study engineering
1) it’s boring
2) won’t be good at it
3) wouldn’t want to hang out with dorks and nerd

If you want to dig deeper and get the raw data, I was able to find the data for the bottom graph, % women with CS majors, in publicly available NSF data. The Gender Codes book looks at data from 1966-2006, the latest data is here (1966-2010). I believe the author used #33 “computer sciences” under “Field of Degree.” (PDF, XCL, image preview: or in percentage form here).

I could not, however, find the relevant Bureau of Labor Statistics for the graph from which the 42% statistic is drawn. The citation in Gender Codes is a terse “13. Bureau of Labor Statistics Database, accessed May 2008, courtesy of Peter Meyer.” and I was not able to navigate the BLS site sufficiently well to find this data. BLS does have a nice beta dataviewer in-browser tool, but it only had 2010-2012 data. ….well, so much for building robots today.