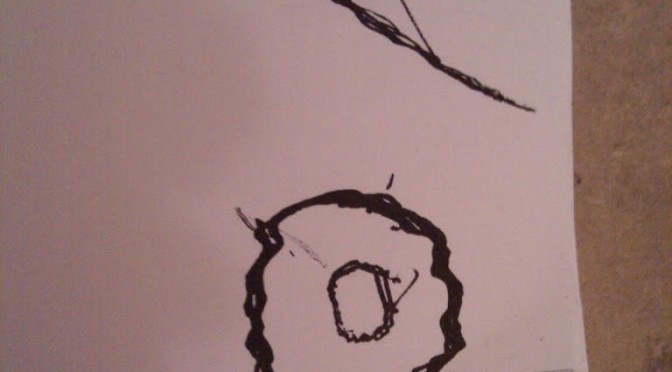 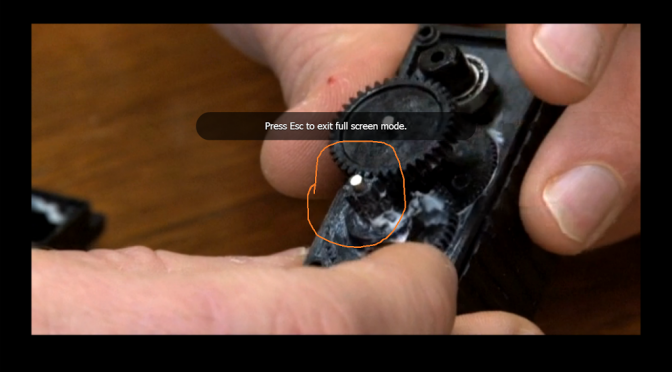 Servo Failure modes
I didn’t strip the gears* on one of my servos from applying to much load to it (the way I expected my servo to fail), but rather stripped the threads on the servo to servo horn coupler.

*see http://techtv.mit.edu/videos/10523-what-is-design-an-example for a good video of designing a robot, having the gears strip, and solving that problem with rubber “shock absorbers.” This video is shown near the very beginning of 2.007 Design and Manufacturing I, a sophomore build-robots mechanical engineering class. So you can use the proprietary self-tapping screws, but I realized you can just tap them with regular ol’ 4-40 threads and use normal 4-40 screws instead of, if you ever lose the pack of proprietary servo stuff, hunting around for ages looking for an appropriate size screw. 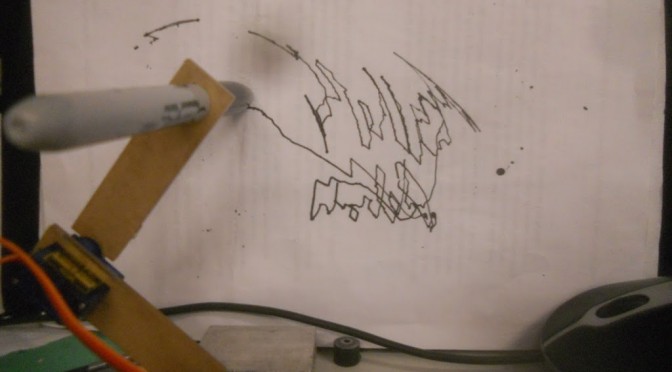 actually very difficult to write words even with the arm controller (versus twiddling some potentiometers to control the arm), because the potentiometer to servo mapping isn’t precise and there’s a lot of slop (e.g. look at the dead space around the screwdriver)

time elapsed: probably 1 hr including trying to figure out how to draw things and documenting ^^ (~40 minutes to code this and map the values)

/**
* @file: RC control of servo
*
* @description
* theta1 = bottom joint pot value, theta2 = top joint pot value
* these were experimentally determined,
* I had one leg of pot connected to sig5v, the other to a voltage
* divider setup with a 1kohm=R2 and being read to A0 or A1 respectively
*/