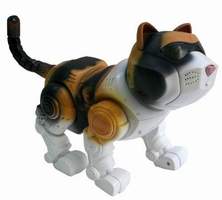 It’s November and for the first time in a long time I have no homework. BWAHAHA. Side projects ban is going on until the end of the year but writing doesn’t realllllly count as a side project. Right? Right.

EGADS. I… I don’t know what happened. I really struggled to fill in the middle and end and … everything, that’s all I can say. I could write QFN-hating fairies all day, but trying to write a fairy tale with a moral? F* if I know what I’m doing.

Tomorrow I will post the results of my survey about what my friends look forward to in the future, and today I will work on our kickstarter video, and really I blame Lauren Herring and thank her for giving Friday’s topic, “Robot Fairy Tales.” http://thefullereneincident.com/ her blog is great.

Yes, I’m two or three days behind. Well, long as procrastinating on nanowrimo convinces me to get other things done.

Hope in the Morrow

ACTUALLY A FEATHER. Man, I really remembered it as a rabbit foot. But yea, try watching that video with a bunch of your college-aged friends standing around you. It’s a recipe for awkwardness.

Everything is fiction! Fiction, I swear! I most definitely did not ask my parents for a robot cat when I was younger, or be utterly disappointed by it and feel right sorry I wasted my parents’ money on it and didn’t even end up liking it, no sirree. ;__;

May you rest in peace, robot cat.
http://theoldrobots.com/tekno-cat.html